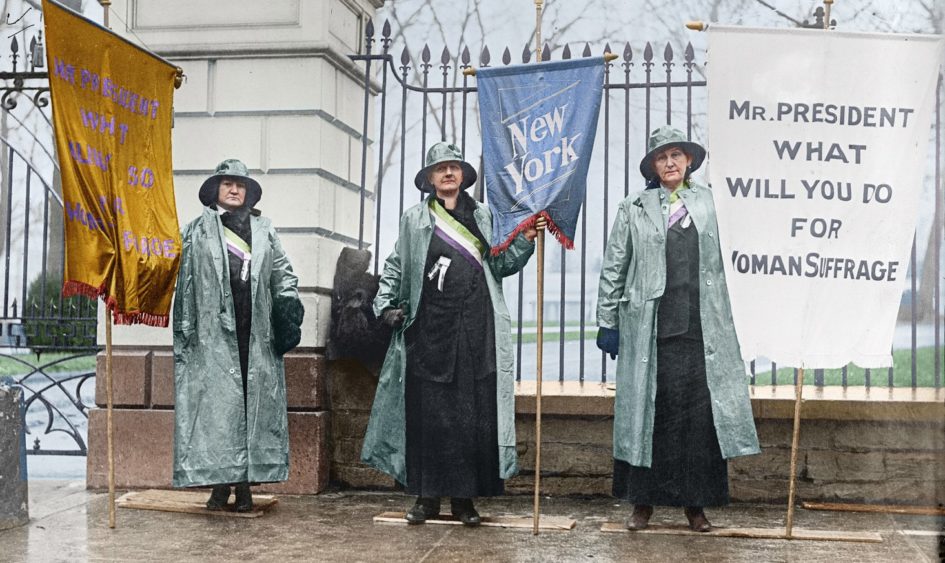 100 Year Anniversary of Suffragists in Lorton

Most of us can’t remember a time when women didn’t have the right to vote.

Yet only 100 years ago, suffragists protested to win a right that many of us take for granted today. The 19th Amendment, which gave many American women the right to vote, was passed 97 years ago, on August 18, 1920. In Lorton, we celebrated with a bell-ringing ceremony to honor the heroines of the suffrage movement. You haven’t read the full story of Lorton’s historic role in the women’s suffrage movement until now.

One hundred years ago, women’s suffrage in the United States was a topic on everyone’s mind. Women from across the country came to the White House to picket for women’s right to vote and inclusion in politics. Although women freely protest today, in 1917 it was highly unusual for women to publicly demand action. To many, such an action was considered unseemly.

The Silent Sentinels, organized by Alice Paul, picket the White House 4 days before the passing of the 19th Amendment.

In July of 1917, sixteen women were arrested for “obstructing sidewalk traffic” outside the White House during a protest. The group was sentenced to six months in jail at the Occoquan Workhouse in Lorton now known as the Workhouse Arts Center. Lucy Burns, a founding member of the National Women’s Party, spent the longest time in jail. Over the next nine months, 72 women would be sent to workhouse in Lorton for their protesting.

During the sentencing, one suffragist, Miss Anne Martin, spoke out to say: “As long as women have to go to jail for petty offenses to secure freedom for the women of America, then we will continue to go to jail.”

Undeterred by their incarceration, the suffragists continued to protest even behind prison walls. By November, the female prisoners began hunger strikes to protest their imprisonment and poor conditions in the workhouse. 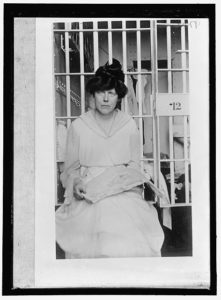 In response to the hunger strike, the jailers force-fed many women a mixture of milk and raw eggs. Their suffering sparked the sympathies of people across the nation. Eventually, the striking suffragists became known as “iron jawed angels” for their resistance inside the prison. The shock and anger from the nation for the women’s treatment led to their forced release days later.

The Workhouse Arts Center is now building the Lucy Burns Museum in honor of the suffragists imprisoned in Lorton a century ago.

As a member of the National Register of Historic Places, Liberty works towards preserving and honoring Lorton’s role in history.