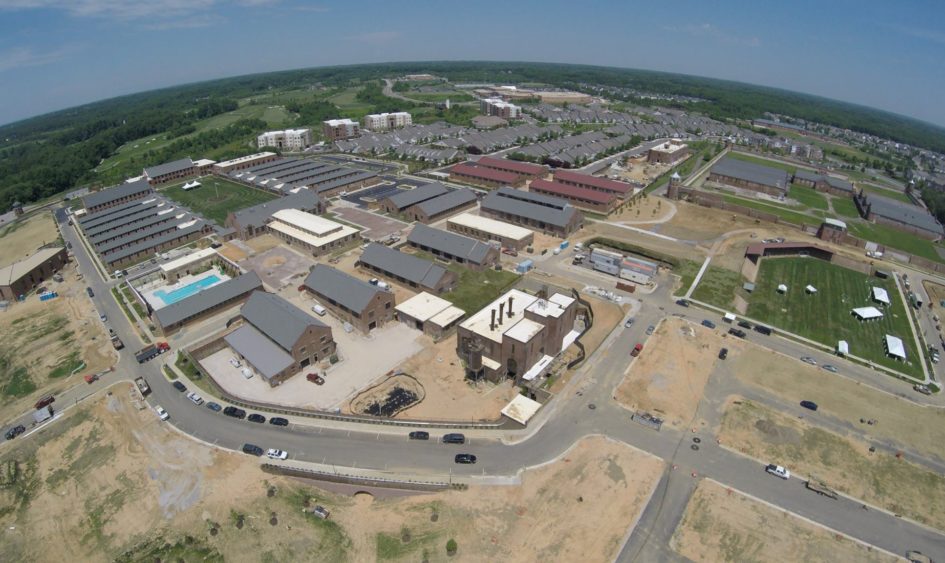 Take a Step Back In Time

Do you often wonder what the place you live in looked like 100 years ago? Liberty is a nationally registered historic place, so history is all around us.

During Liberty Day, our big community day earlier this summer, attendees were given the opportunity to take a history tour of the former Lorton Reformatory. The tour included six stops, and showcased the former functions and uses of buildings on the property.

In 1910, President Theodore Roosevelt led the push for a progressive movement in the United States and wanted to build “prisons without walls.” His idea inspired the plans for the Lorton Reformatory, a new kind of prison campus designed to promote rehabilitation and social interaction. The grounds held three different complexes: the Workhouse, the Reformatory, and the Penitentiary, all positioned around a central main quad.

Stop 1: The Quad
The architects in charge of the design, Snowden Ashford and Albert Harris, built the Lorton Reformatory in the Colonial Revival style to look like a college campus. Each complex features a large central grassy quad area surrounded by dormitory style buildings that were meant to allow for more light and fresh air for inmates. Ashford and Harris are famously known for their designs of the National Zoo and Eastern Market in Washington, D.C. 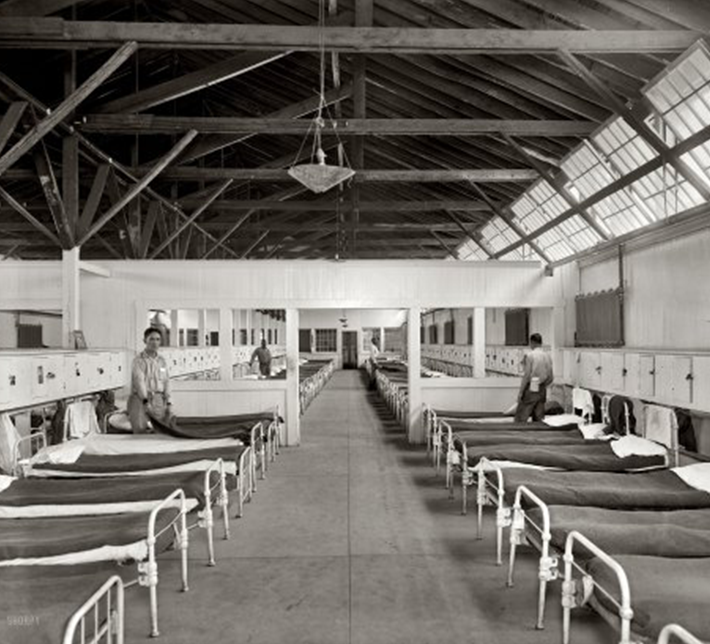 Bunks Inside the Reformatory

Stop 2: The Workhouse
The former Lorton Reformatory housed non-violent offenders, who worked at the Workhouse during the day. There, inmates learned how to farm land and care for dairy cows. They produced so much dairy it provided milk for the DC General Hospital and public schools. 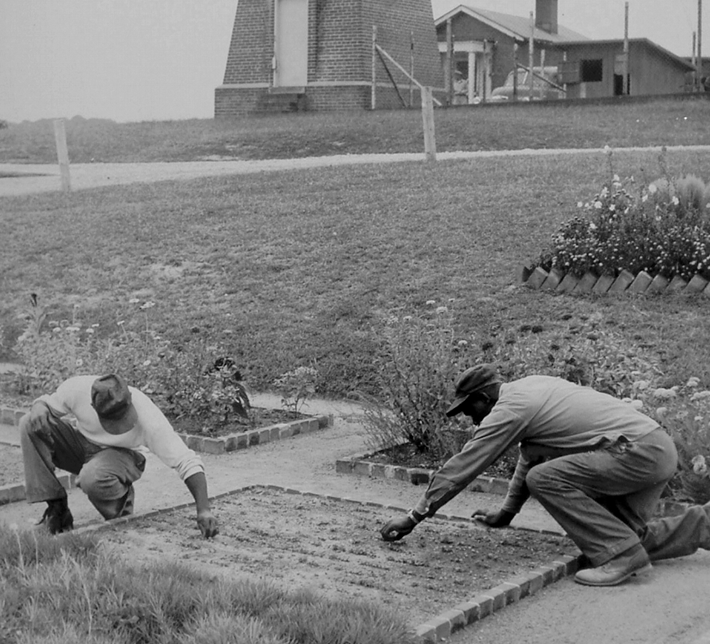 A few years after it’s opening, the Workhouse became famous for its role in the Women’s Suffrage Movement. Well-known suffragists like Lucy Burns and Alice Paul were arrested for picketing in front of the White House and brought to the prison in 1913. 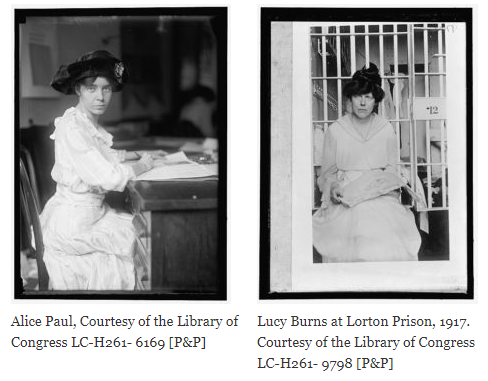 Today, the Workhouse is known as the Workhouse Arts Center and features six art studios, a theatre, and an up-and-coming museum to memorialize Lucy Burns and her fight for women’s voting rights.

Stop 4: Industrial Shop Buildings
In the industrial shop buildings, inmates created materials for sale like DC license plates, brooms, mattresses and even uniforms for soldiers during World War II. In fact, the bricks used to build the campus were made and laid almost entirely by inmates learning brickmaking as a trade.

DC License Plates made at Lorton Reformatory, via dcplates.com

Stop 6: Penitentiary
After a decade of operating as a “prison without walls”, Lorton expanded to include a penitentiary to accommodate more violent offenders. Construction began using the bricks made at the Reformatory. The building opened in 1941. 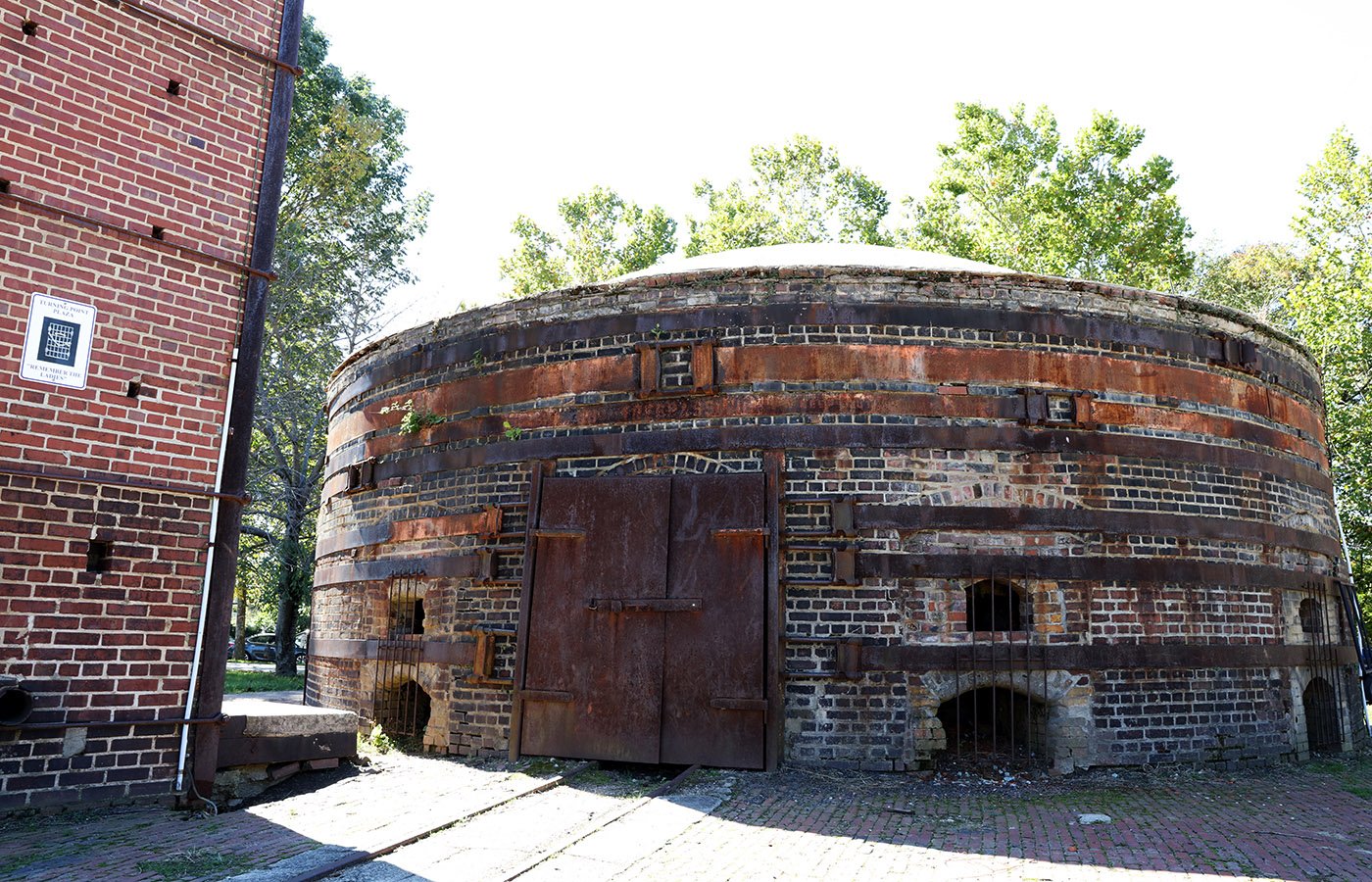 As an adaptive reuse development, Liberty is giving this historic property a new life. We look forward to how this community will grow and add another chapter to the overall history of Lorton.